Normally at this time of year, Herefordshire businesses would be gearing up for a busy Valentine’s Day, welcoming couples up and down the country for short breaks and day trips. However, with everything still Covid closed they have decided to get together and use their creativity taking these fun photographs from their lockdown businesses to shine a light on some of Herefordshire’s best romantic spots to woo couples back when the time is right. 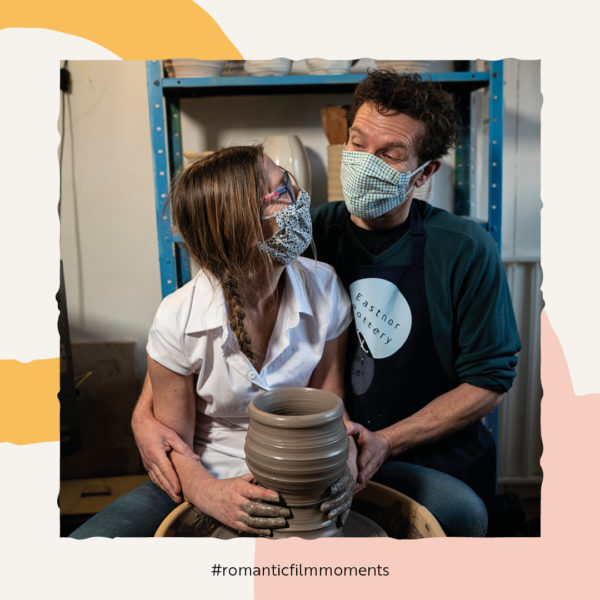 Husband and wife team Jon Williams and Sarah Monk from Eastnor Pottery recreated the classic scene in Ghost when Patrick Swayze and Demi Moore took to the wheel. Released in 1990 this iconic film inspired a generation of potters! Couples looking for a post lockdown bonding experience will love a pottery day with Jon and Sarah. Set within the grounds of the magnificent Eastnor Castle near Ledbury, the dramatic setting is sure to fire up the creative juices. 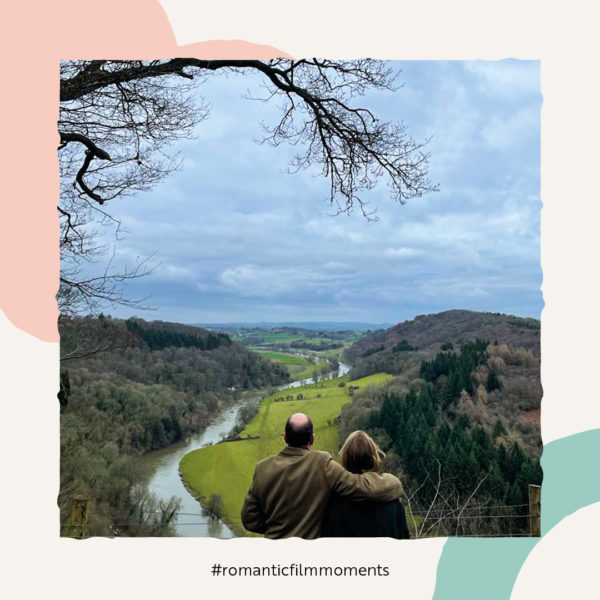 Mark Green, owner of The New Inn near Ross on Wye joined by his wife Julie, took on the personas of C.S.Lewis and American poet Joy Davidman whose lives were depicted in the 1993 biographical drama film Shadowlands. As a boy in Belfast, C.S. Lewis was inspired by a painting of Herefordshire’s Golden Valley to write his Chronicles of Narnia. This scene appears in Shadowlands, with Lewis and Davidman supposed enjoying a view of the Golden Valley which is in fact shot some 12 miles south at Symonds Yat at the Wye Valley. Couples will enjoy discovering this slice of paradise on a post lockdown escape. Sleeping over at Mark’s brilliant new pub with rooms, The New Inn, will guarantee a romantic escape with roaring fires, delicious dishes using seasonal ingredients. The pub will also be serving Mark’s well-known Two Farmers crisps at the bar and a Two Farmers draught cider. 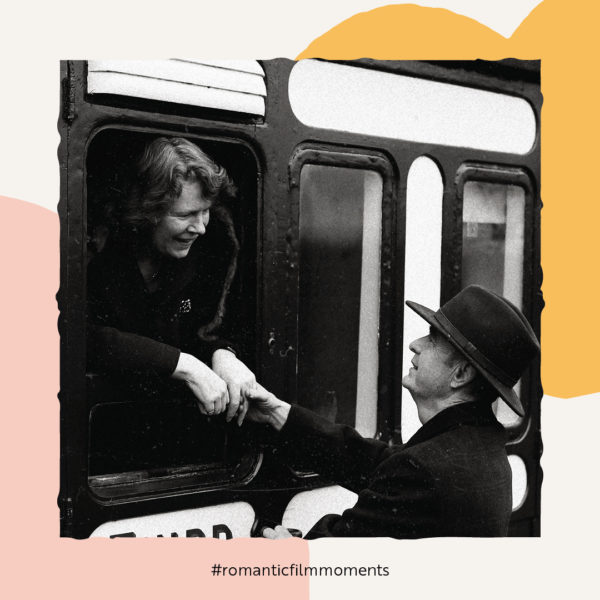 Steve and Claire Layton from The Orgasmic Cider Company near Eardisley cannot wait to welcome guests back for orchard tours and cider tastings. Couples can even book their Green Lane Carriage, a vintage Victorian railway carriage which they have lovingly renovated into overnight accommodation. This quirky sleepover has lovely views towards the Black Mountains and Steve and Clare will share all their local secrets to ensure couples enjoy a sensational stay, as well as the chance to try some of their delicious organic ciders of course! In the absence of guests, they had fun last week recreating a scene from the 1945 classic romantic drama Brief Encounter. 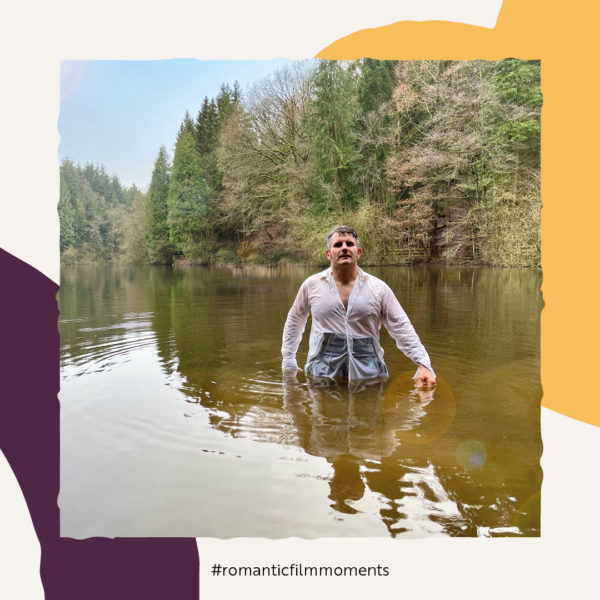 Mikey Jones from Oaker Wood Leisure drew on inspiration from Pride and Prejudice for a bracing shot channelling the Mr Darcy moment. He can usually be found busy in his role as senior activity instructor rather than taking a fully clothed dip in the site’s beautiful lake near Leominster. For couples looking to rekindle the flame post lockdown or for new couples finally able to spend time together, Herefordshire provides some picture perfect romantic backdrops and lots of activities. Oaker Wood’s gorgeous glamping is a great place to bed down after a day spent quad trekking and clay pigeon shooting in their idyllic woodland setting. 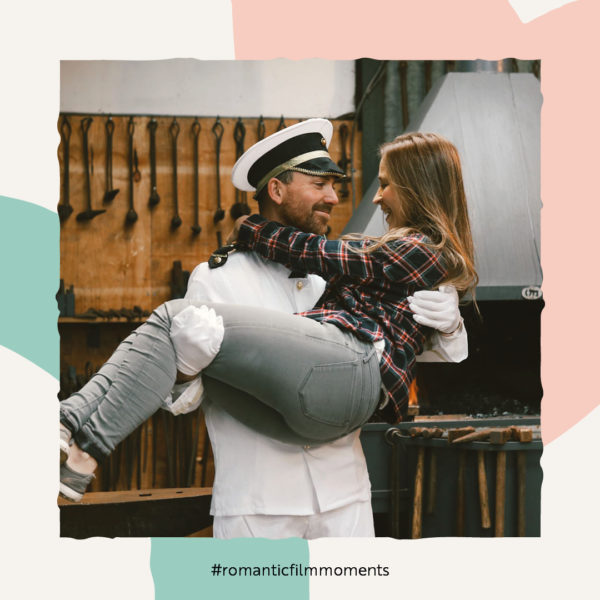 An Officer and a Gentleman

Nicky and Aaron Heath were also inspired by a Richard Gere classic, recreating the magical moment between him and Debra Winger from An Officer and a Gentleman. The couple own Oldfield Forge, a traditional blacksmithing business in the heart of rural Herefordshire. Their ‘Couples Day Date Blacksmithing’ course is the perfect post lockdown day out where visitors take home a bespoke piece of ironwork they create. Other experiences offered include ring making for the romantics and hammer or knife making for those feeling the need for a sharper takeaway! 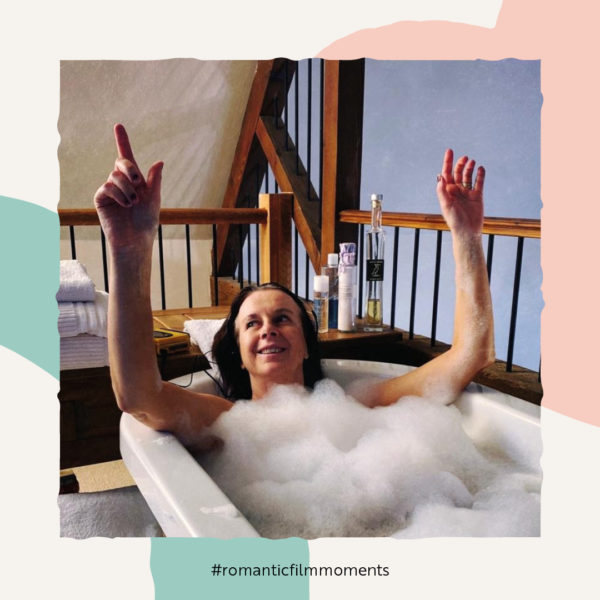 Rollover Beverly Wilshire! Jo Hilditch from White Heron Properties, a collection of luxury self catering cottages set in the grounds of her family’s Whittern Estate near Kington in the north of Herefordshire, took a Pretty Woman style bubble bath in one of the beautiful bathrooms at her signature property, the Colloquy.  Guests staying in one of seven cottages on 700-acre landholding can also enjoy an insider’s tour of its 150 acres of blackcurrant fields and sample the delicious White Heron British Cassis made from the berries. 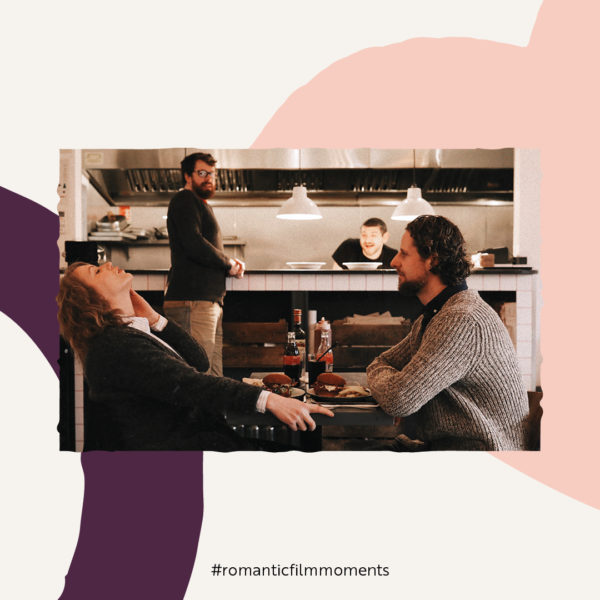 Edwin Kirk from Herefordshire’s hip ‘The Rule of Tum’ hospitality group had lots of fun recreating the diner scene from When Harry Met Sally in one the group’s restaurants – The Burger Shop in Hereford. He is pictured with his colleague Kirsty Price. Edwin and team are looking forward to when they can fully reopen (currently offering takeaway only). Hereford locals should check out their Valentine’s Day home kits and those looking to book a romantic break away once lockdown lifts, should definitely make a reservation. For outside dining book a spot at The Yard which proved a huge new hit in 2020. The emphasis across The Rule of Tum’s eateries is on honest food using local ingredients served in a wonderful setting.